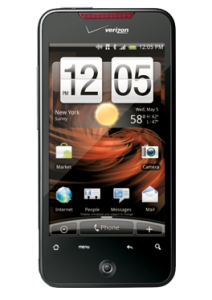 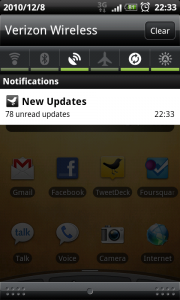 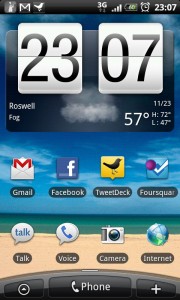 One of the cool things about having an Android phone is the ability to do what you want. Unfortunately the cellphone companies (in my case Verizon) do not allow this out-of-the-box requiring you to "root" your phone (jail-break in the iPhone universe). "Rooting" allows you to do things such as uninstall factory-installed crapware like Skype & Peep and freely use the wi-fi access point feature.

Unfortuately "rooting" your Android phone is dangerous and could brick your $600 phone. Fortunately the folks over at Unrevoked made this a one click process. All I did was uninstall HTC sync and install the HBOOT drivers from the unrevoked wiki instead of the stock HTC drivers. I also had to enable "USB Debugging" accessable via settings > applications > development. After running the Unrevoked package for the Incredible the phone rebooted a couple times, installed some stuff and was rooted in less than 10 minutes.

I tested the wifi access using Wifi Tether and connecting to my iPod Touch to the Incredible. I used wireless_tether_2_0_5-pre11.apk because it runs in Infrastructure mode instead of Ad-hoc mode. I was able to connect to the internet via iPod Touch converting it to an iPhone without the crappy phone part. I haven't tested it but I'm sure I could connect any other wifi enabled device to the internet via my Incredible.

If you intend to 'root' your phone beware and don't take my word for it. It worked for me but proceed at your own risk. 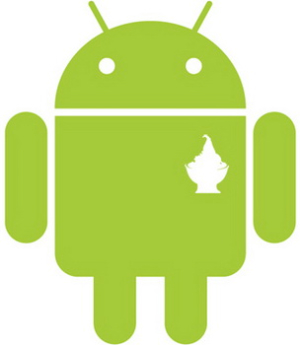