A conversation with a coworker today inspired me to post these pictures I inherited from my grandfather in 2004. I used a slide scanner to scan them in, cleaned them up in photoshop and posted them on Airliners.net. 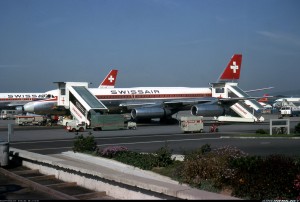 He took this in Zurich, Switzerland in June, 1967. He and my grandmother were travelling the globe on my mother's family flight priviledges as a stewardess for Delta Airlines. 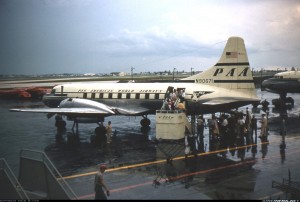 This one was taken in Miami, FL in 1953 on their obligitory post-war economic boom trip to Florida. He owned a stationary store in Detroit and my grandmother worked for Chrysler before they sucked.

After they were accepted to Airliners.net I received this bitchin' model of a Delta 777 from Herpa as payment for the rights for them to use them in their magazine. 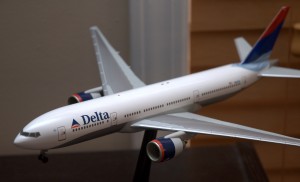